Read more
The store will not work correctly in the case when cookies are disabled.

Difference Between Mycelia and Mushrooms

The first thing that comes to your mind when you hear the two terms is probably mushrooms. Well, yes, in a very general sense, Mycelia can be replaced by the word mushroom. However, there are some significant differences between these two. Let's take a look at them.

What Is a Mushroom?

Mushrooms are the reproductive structure of some fungi. They form from a mass of threadlike filaments called mycelia, which look like cobwebs or mats. The mycelia absorb nutrients from decaying organic material, such as fallen trees or leaves.
Mushrooms reproduce by releasing microscopic spores into the air. These spores land on moist surfaces and grow into new mycelium. When the mycelium has absorbed enough nutrients, it produces mushrooms that release new spores and spread the fungus elsewhere.

Mycelium is composed of fungal filaments called hyphae. A single hypha is a threadlike strand that grows into a long mat of hyphae called a mycelium. Mycelia absorb nutrients by secreting digestive enzymes to break down food outside its cells before absorbing it.

A mushroom is a fruit of a fungus that grows above the soil surface. Mushrooms can be found in various shapes, sizes, and colors. The most common type of mushroom is the white button mushroom used in many cuisines all over the world. Mushrooms can be grown using artificial methods, or they can be harvested from the wild. They are also sold in markets.
Mycelia are thread-like structures that grow underground, hidden from our sight. These thread-like structures branch out to great lengths and travel to various places under the ground to absorb nutrients from the soil and decaying matter. Mycelia will consume whatever they find in their ways, such as roots and leaves. Fungi will grow in moist environments such as humid soil or rotting fruits and vegetables.

Mushrooms and mycelia are two different parts of a fungus. Mushrooms are the reproductive part of a fungus that spreads spores to reproduce a new one. Mycelia are the vegetative part that looks like a root and grows in the substrate it lives.

How to Take Care of Mycelia and Mushroom

Mycelia grow in an ideal temperature range between 65 and 80 degrees Fahrenheit, and they cannot survive temperatures below 35 degrees Fahrenheit. They prefer humidity between 75% and 90%, which is easy to maintain by misting them daily.
They also need light to help them produce food. You can set a full-spectrum lamp above them to provide the light they need. Mycelia generally live in the soil until the conditions are right to form mushrooms, but you can also grow them on sawdust or straw.
Mushrooms thrive in cool environments around 50 degrees Fahrenheit. Temperatures above 75 degrees Fahrenheit can kill them. You should store mushrooms in a paper bag in the refrigerator to keep them moist and cool.

The Importance of Joining a Mushroom Community

Most people don't have the time or energy to go out and find a mushroom-growing community. They have their own lives and families and friends, and it's not something that they can easily do. However, it is a great idea to join a mushroom-growing community.
Many benefits come with joining a mushroom-growing community. You will learn how to grow mushrooms in an environmentally friendly way without using harmful chemicals, pesticides, etc. So if you want to grow mushrooms in your backyard or garden, then join a mushroom growing community today.
In addition, these communities will help you connect with other people who share your interests in mushroom growing. This can be a great way to meet new people and make friends.
The main difference between mycelia and mushrooms is the stage of growth. A mushroom is produced by a mature fungus fruiting body, while mycelium is threads of hyphae growing in the substrate. They act as the roots of a fungus plant.
May 2, 2022 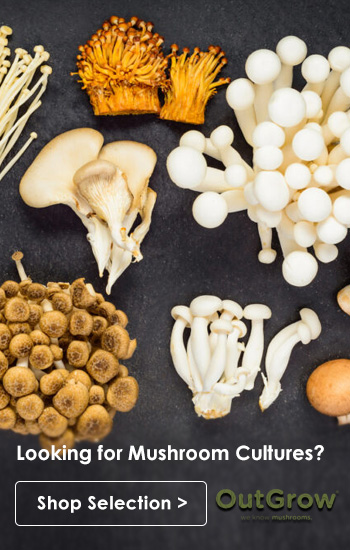 Email address is required to login test
To Top

This store has been lovingly crafted by Towering Media

Did you run in to any bugs

report them to us here!